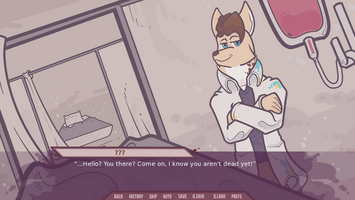 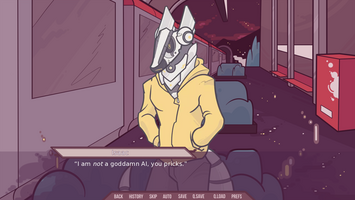 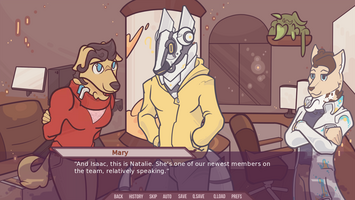 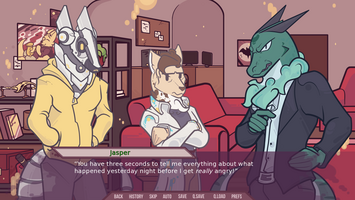 This is the long-awaited Build 7.0 of the game, featuring a total rewrite of the game from beginning to end! Listing everything that was changed is impossible, so I'll try to be brief.

Some of you may think this didn't warrant such a long wait, but trust me: the changes were extensive, and encompass the entire novel. I assure you that, for those of you who already read it from the beginning, it'll feel like a whole new novel. And for those who haven't tried NMF until today, well... you're gonna love what you see! >=3

We are still figuring out places where we could improve the writing and add or remove context so as to make the experience even more immersive. Your comments in the following days will help us decide what works and what doesn't, so don't hesitate to share your reviews of the game so far! We'll update the game in a week with the final edits to the script after carefully going over all your comments.

There are still some bugs in the game (the custom names for the Patrons don't work properly, and the new fanart we included in the gallery is bugged like usual), but the core experience is intact and better than ever. These, too, will be patched in the 7.1 build coming out next week.

Of course, I never could've gotten this far without my team, which got even bigger since last time. We now have Keo from Dawn Chorus the VN helping us out with our Android Builds (speaking of, still waiting on that one... should be out tomorrow TwT), and Chase the Writer acting as a formal Proofreader and Editor.

Frostclaw from the Morenatsu: Homecoming team is also helping us out with an iOS port of the game, which should become available to you guys in the following weeks! We're also looking into publishing the game on Steam, expanding our reach even further! Soon, you'll be able to play NMF even on your toaster! >=3

I also started a playthrough of the game alongside Narry from DrakeWingGaming on Youtube! We've been having voice-acting the characters so far, so if you're into that kind of thing, do check it out and leave a comment! He plays through all sorts of visual novels, and rumor has it that he's working on some secret stuff as well... >=3

Overall, these have been some very hectic weeks. I'm gonna need to slow down for a while as I catch up with work and my driving lessons but, after that, I'll get back to working on the VN harder than ever! The new story chapter dropping at the end of January is gonna be lit! ^w^

I'll see you all in the comments! Bye bye!

Get No More Future

Live forever, at a price...

Re: the linearity — will there still be romance options (male ones in particular) later on down the line?

There were never supposed to be any romance options, even before we shifted to a linear format. Sorry for the misunderstanding...

Huh, that’s weird, I seem to remember hearing otherwise at some point… and actually, now I’m looking into it, I did in fact find a reply from you (from 9 months ago, but still) saying there would be romance options. Is this just something that got scrapped really early on, or…?

Could you link me to that reply? I honestly cannot remember. TwT

But either way, the original plan was to have dedicated endings for each character, with the one you had the most "points" with being the ending you got. These endings weren't supposed to be romantic in nature and were merely meant to show how the characters' relationships evolved after the end of the novel.

Oh, dear... I definitely used words there that I wasn't supposed to use TwT

What I meant was that every character had their own unique ending depending on your choices, though it wasn't to be interpreted as romantic. Obviously, that's a little hard to do when I literally use that word myself TwT

Thanks for pointing this out, and apologies for the confusion. I hope you'll keep enjoying this story in spite of the absence of romance! ^w^

I was cursed with the delay of the notification saying this came out. But now I can play the new build on Christmas! What a great present :) 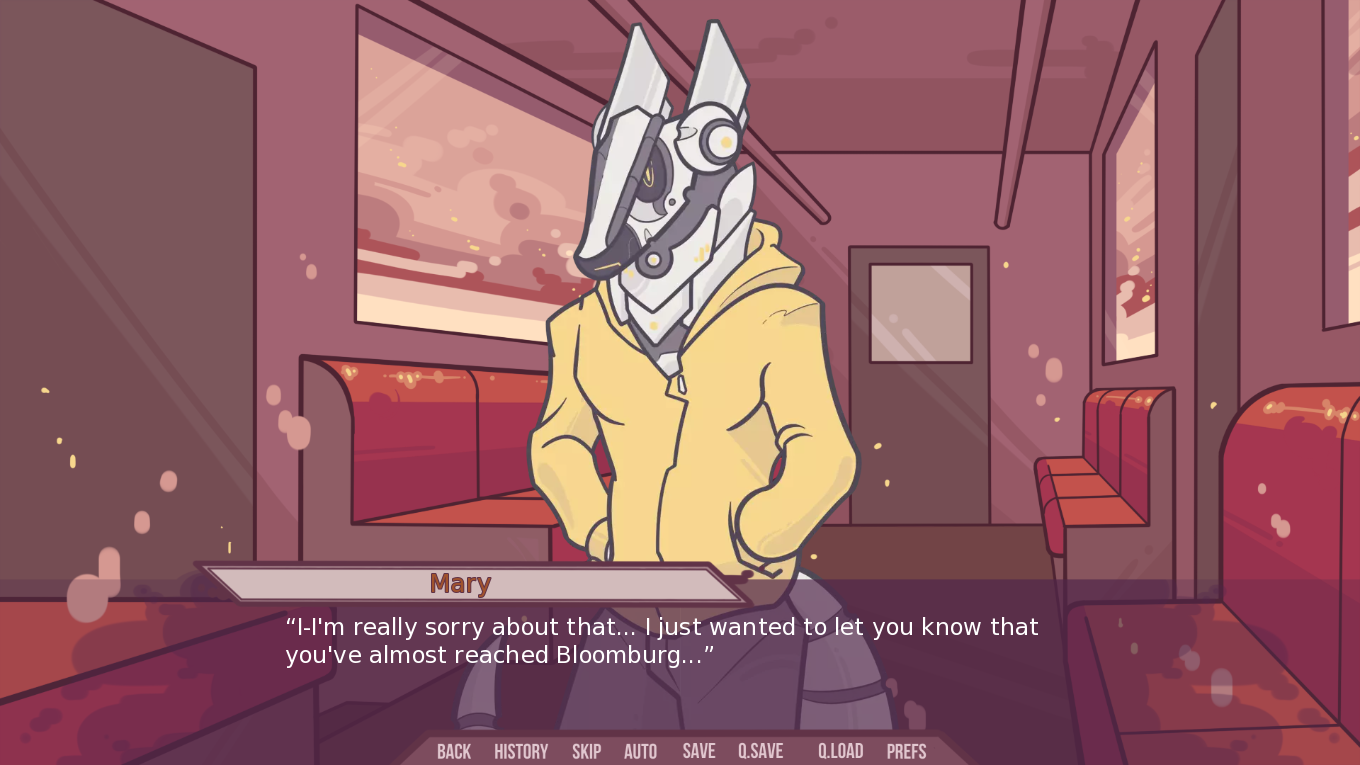 this is lit. Finally i can play this game on my iphone instead of my grandmas old ancient phone

Jokes on you! I'm already playing on my toaster! ~Linux~ ( ▀ ͜͞ʖ▀)

Now let's play my favorite novel where toaster are YOU!

Wish you all to have a great holidays!

A whole new novel eh? I am looking forward to it.